A 2016 report by the American Community Survey showed that 89% of U.S. households owned a computer. The number has continued to rise as computers gain broader use in businesses, education, health, and entertainment. If you’re thinking of getting a computer, you’re not late for the party!

You have a range of computer options at your disposal. However, deciding on whether to buy a desktop or a laptop can be a real dilemma, especially if you haven’t used either in the past.

If you’re in such a fix, you’re in luck today. We have a desktop vs laptop computer comparison for you.

Here’s our comprehensive guide on the pros and cons of laptops vs desktops.

A desktop computer refers to a personal computer designed to be used within a single location due to its power requirements and size. It has different parts, including a mouse, keyboard, monitor, and computer case. Desktop computers are often used at work, school, or even at home.

It’s essential to understand the benefits of a desktop computer vs a laptop computer to guide you in making a choice. Desktop computers have several advantages that might prompt one to choose them over laptops.

Here are the top pros of desktop computers;

When it comes to performance, desktops take the trophy. These computers have full-sized components, which allow them to have exceptional power operation. Some of these components, such as advanced processors, aren’t on laptops.

The extra performance makes desktops more ideal for enterprise use and big projects. They have advanced hardware and cooling systems to handle complex tasks. Better still, they are upgradable, meaning that you can improve components like the processor, SSD, and RAM.

Check out these computers and their prices. The specs are quite attractive, and one doesn’t have to break a bank to get a high-performance computer.

Desktop computers have a variety of components that you can get in the market. Their availability has led to competitive prices for desktops. If you opt to buy the components separately, the price of the desktop lowers further.

Depending on the purpose of your desktop, screen size is a factor you’d want to consider. A desktop monitor can be as large as 19 inches or more. A desktop computer further gives you the flexibility to connect it to a different monitor or TV.

You can also connect the desktop’s CPU to your projector for a home theater kind of experience.

If you’re wondering how to choose a computer, desktops give you the benefit of flexibility with screen size. With a laptop, size is out of the question as users often want something portable.

With desktop computers, the repair is quite easy. The hardware is readily available in the market, and chances are you’ll find what you want in your first local computer shop. Finding replacement parts for laptops can be challenging, and you might need to consult the manufacturer.

Despite the many notable benefits, desktops have their challenges. These are some of the cons that make one rethink about purchasing desktop computers:

Desktop computers are not portable. They have a separate monitor and are large, making it hard to take them from place to place. Desktops are ideal when used in a single location.

If you want to work while on the move, desktop computers don’t give you that convenience. It can be limiting if you’re going to work and travel. While you can still carry them along, they need a power supply, which further limits movement.

For minimalists, desktops can be an eyesore. The thought of giant monitor, towers, or wires to connect these parts isn’t intriguing.

On the other hand, laptops are all-in-one machines with a desirable appeal.

Setting up your desktop needs extra time. Depending on your expertise, assembling the components of a desktop might be daunting. Connecting these parts doesn’t require technical experience; yet, it can be cumbersome, especially if you have an urgent task.

Laptops have become popular in the 21st century due to their convenience. Laptop computers are battery-powered. They are portable, and users can use them anywhere.

If you’re in a dilemma on whether to get a desktop vs a laptop computer, the pros and cons of these computers will guide you.

A recent report has projected that the global market size for laptops will grow by $7.52 billion within the next three years.

Here are some of the advantages that are making laptop computers increase in popularity.

Portability has made laptops more popular than desktop computers. Arguably, portability is the most significant difference between a desktop and a laptop. If you want to be using your computer anywhere, a laptop is the better option.

Laptops come in compact sizes and are lightweight. You can carry them in a case or backpack when in transit. Considering that you don’t need to keep your laptop plugged in for power, the battery further makes portability possible.

Unlike desktops, laptops are easy to connect. You’ll only need to press the start button to have it up and running. It will take a few minutes to plug it in and switch it on to start running.

The components of a laptop, such as a touchpad and a keyboard, are pre-installed. You’ll get a finished product, meaning that you won’t waste time in its assembly.

Laptops have a smaller frame. Their power consumption is, therefore, lower than that of a desktop computer. With a battery in place, you don’t always need to have your laptop plugged in.

If there’s a power outage, the laptop battery can save the day. You can complete a task with battery power or get adequate time to save your work.

Most laptops have a screen of about 10 to 17 inches. The small screens make portability possible. If you want a computer that can fit your bag on your way to class or job, a laptop is ideal.

Laptops can also allow connection to an external display. They support projectors or screens of any size, so you don’t have to feel limited with the screen size.

Laptops have their flaws, which you might have to weigh when comparing a desktop vs a laptop computer. Here are the top disadvantages of laptop computers that you need to know;

The cheapest Apple laptop you’re likely to get in the market today is MacBook Air M1 at $989.71. While you can get other cheaper versions, laptop computers are pricier than desktops operating in a similar capacity.

For a laptop with better graphics and high speed, you need to dig deeper in your pocket. The price can even exceed $1000. If you have a constrained budget, it would be more realistic to get a desktop with powerful features.

A laptop has a smaller physical frame, which limits the graphics capability that it can have. Some laptops provide higher graphics for CAD applications and gaming. These laptops are quite expensive and have power limitations.

You might have to upgrade your laptop for you to achieve some performance levels. Since you can’t swap components of a laptop as a DIY, you’ll need to consult with the manufacturer. In the end, you might find it cheaper to get a new laptop because the upgrades can be expensive.

Laptops are at a higher risk of damage since they are ever on the move. Repairing a laptop is costly because replacement parts are not readily available. You might need to call the manufacturer for spare parts.

There Is the Desktop Vs Laptop Computer Comparison

For a first-time buyer, choosing between a desktop and laptop computer can be a challenge. It is crucial to understand the features, pros, and cons of each before buying. Furthermore, you should define your needs to know which of the computers will address them in the best way possible.

Did you find this desktop vs laptop computer comparison helpful? Our site has a range of articles on technology. Keep exploring for more information!

Over the recent years, cybersecurity has become one of the significant threats in businesses. According to Gartner, it is… 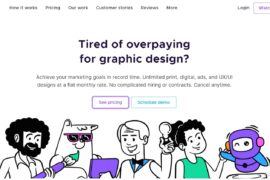 Graphic design is, undoubtedly, the centre of attraction for advertisements. Audiences can connect to the brand which shows off… 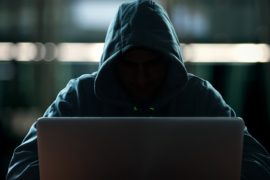 Staying safe on the internet should be a major priority for everyone with a technological device. When you go…

Get Their Attention With Our Memo Templates!

Did you know that Adobe Spark launched in the spring of 2016? This is a relatively new Adobe tool… 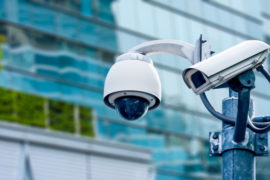 When you are not at home, you must be worried about its security and the safety of your family.…

Common Problems with Enclosures and How to Fix Them

For the components within electrical cabinets and control panels to continue to operate, technicians and designers are aware that… 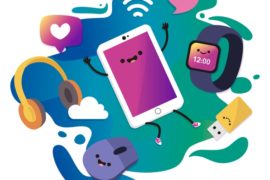 In this COVID-19 situation, most of the people are working from home. Now, in this crisis situation, you need…

Can You Really Run Your Startup From Your Smartphone?

With stronger power to compute, smartphones have emerged as a strong tool for enterprise management. Here’s how to leverage…

Use These 5 Tools To Recover Photos From SD Card

Sd Cards are a popular storage device for Mobile Phones and Digital Cameras. They come with limited capacity and…